Another Huge Hurricane - Bellville Texas - Getting Bigger What Kind Of Hurricane is This? The WORST Kind

Another Huge Hurricane - Bellville Texas - Getting Bigger What Kind Of Hurricane is This? The WORST Kind

Until you are abused by your HOA you won't do anything. One day your family may receive a "letter in the mail" from your HOA. That's when your legal nightmares begin. You'll to do something then. Start taking steps NOW.

Please share this blog and this story. You very well may be helping your own future!

Over the course of the last 8 years many of my neighbors and then friends turned away in silence not "wanting to get involved" with this HOA problem. Actually there were a few kind souls in the area that tried to encourage us along the way as things imploded. They too dissipated.

What do I want? What am I trying to accomplish? I ask myself this each and every day. I'm rebuilding my life all over again when I should be planning my Golden Years, I am starting all over! at my age! I want to be heard. I want anyone and everyone to know that what happened to me and my family can happen to your family too in a second.

But I do not want this disaster to happen to anyone. This is the reason that I MUST speak out!  This is why new laws MUST be made. We all know that this is not the same America that we grew up in 40 or 50 years ago. People are speaking out everywhere against injustice. I cannot KEEP SILENT anymore. Neither should you!

So even though I am a quiet reclusive type yet I feel compelled to speak out against injustice. This is all WRONG. All I wanted was to be left alone to have chickens as a small business in my backyard. 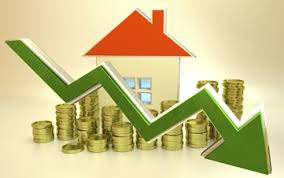 My family was violated and hurt, we lost all that we had due to a few "board members" of a homeowners association in Bellville Texas (Piney Creek subdivision to be exact. They would not allow a zone variance in our chicken coop. My chicken coop was four FEET from the boundary line of our business being inside of the Piney Creek property. For eight long years we battled in the courts until my business was shut down and we lost our home to foreclosure. Gleefully that thought that it was over.... But now I'm bbaaccccckkkk!

My crime? running a chicken business in my backyard acres away from my neighbors that sold cattle and horses. It did NOT escape a Federal Judge that one of the board members Kathy Hayward ( a secretary on the board at the time) actually made the complaint about my chicken coop, she lived a mile away and she has a website http://www.countrychickens.com/  (since shut down I wonder why?) where she bought and sold chickens and fertile eggs! and she was on the board and Kathy was running her business from her home and in fact had actually sold me eggs and chickens!.... but I was not allowed to have a business, Why?

Larry Ray Dawson and his wife Denise Dawson had a gift basket company where they sold gift baskets to the neighbors. Larry Ray Dawson was the then President of the Homeowners Association in Piney Creek Bellville Texas. But I was not allowed to have my business Why?

Larry Ray Dawson filed false charges against my company with the TCEQ after never having even set foot on our property. Why?

And on and on.... There is not the need to re-hash eight long years of these unjust events.

It nearly amuses me at this point, now that I have left the actual area of Bellville Texas if Judy Manning (President/Secretary/Treasure and all other titles that she gives herself) if she is devising a way to spend more than the $100,000 that she has already used from the accounts of the Piney Creek account? To date this "HOA" have used funds of over $100,000, hired 8 law firms, 13 attorneys and harassed me for 8 years of my LIFE to close my chicken coop. Really?

Will Judy Manning and her board of directors spend more money now in a civil suit to stop me from telling the truth? How will the homeowners in Piney Creek subdivision react? When they know how that this HUGE sum of money has been used unjustly and was this money spent approved by the homeowners? I think not. In my opinion, Judy Manning, Bill Manning, Jimmie Byrd, Barbara Byrd, Bob Johnson and all of the rest of them likely did not ask the homeowners to what limits should they spend this kind of money.

So the good news by a miracle my poultry business survived and yes it was me that pulled myself up by my bootstraps. There was no one there to help me No one. Thinking that I was all alone it this world and now I find that there are thousands of homeowners just like me suffering just to avoid problems in a hellish neighbor against neighbor dispute. many homeowners have suffered even worse fates than mine. See links below.


Thus far in my wars against ALL HOA's I have been a guest on national radio shows, http://onthecommons.net/ hear other peoples stories

Become a featured article in the HOA Reform Coalition of Texas,
https://hoareformcoalition.org/…/texas-my-life-ruined-by-h…/
see other peoples stories

Read this back story and help me to share this story. We are trying to get laws changed forever to protect homeowners from "domestic terrorism" In my opinion. This is what HOA's have become, LEGAL domestic terrorists that can destroy your life and those around you.

Note: In over 8 years I have learned a little about the law... I am able to NAME these people in my blog as I am quoting PUBLIC RECORD. (not this is not liable in quoting public record) I am naming these individual that have LIED against me as its proven in a court of law. In my opinion this is despicable behavior coming from adults that are running the Piney Creek community Homeowner Association board!

If I still lived In Piney Creek area I would DEMAND an accounting of all funds spent by Judy Manning,
Bob Johnson, Barbara Byrd, Jimmie Byrd and the others. In my opinion they are using the Piney Creek Association funds like their own piggy bank!  Where is the accountability?

THE TRUTH DOES NOT FEAR INVESTIGATION

Here are the exact excerpts of Judge Bohm Decree Case No. 09-34958 that was finalized September 24th 2013. We will gladly assist you in getting you a copy from Harris County Federal court if you need direction to review this case.

·         The WHOLE truth of this situation should be ultimately examined by the courts and with someone with the authority to create some common sense rules and guidelines or regulations to govern the unrestricted Homeowners Associations.

·         C-18 No board representatives or board member has ever personally visited the property for the purposes of the investigation of the business.

·         C-21 On May 27th (the same day as the SENS center meeting) the TCEQ performed a surprise inspection of Blue Star Ranch and found that we passed inspection 100% no chicken droppings, no odor and they concluded that we are using best management practices.

·         C-23 The association failed to present ANY evidence that the property values in Piney Creek are due to chicken activities.

·          D25 Mr. Dawson 2012 board member states that under oath he has no personal knowledge of chicken breeding or egg production on the property.

·         D24 Ms. Hayward, The secretary on the board of directors, lives at least a mile from the property and has no personal knowledge of any noxious odors or increased in traffic due to activities and she based her complaint solely acquired from reading our website. (she stated this under oath) NOTE- THIS IS THE ONLY ACTUAL COMPLAINT AND SHE LIVES OVER ONE MILE AWAY FROM MY HOUSE.

·         D26 Mr. Dawson has never detected any noxious odors coming from the property.

·         JUDGE BOHM STATES: In sum after reviewing the entire record and applying “totality of the circumstances” test this court finds that in the preponderance of the evidence shows that the association’s exercise of its authority has been arbitrary, capricious and discriminatory toward the Fordyce’s. The judge based his findings ruled that no attorney’s fees were to be awarded to the association.


We are making a TV about my 8 year long "eggsperience" and this TV movie will be placed in National Fild Festival this year! Please donate to assist us in changing laws for homeowners that are abused by HOA's Please donate to the GoFundMe button below. 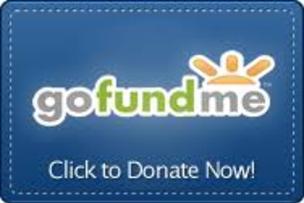 This is my back story: http://www.bluestar-ranch.com/chickens---hoa.html 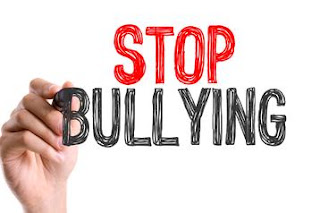 We were told by the real estate agent when we bought the house that there was a one page rule. It was posted at the mail box "mow your yard every 6 months" We were led to believe falsely that there were "no strict HOA rules" very laid back and no issues here in the nice peaceful country.AFTER we purchased we got in to find this nightmare and they kept legal issues and changing laws until they put me out of business...

We are filing a TV show for cable TV. I'm posting blogs, websites, recording news media and REALLY trying to get this case noticed so that one day new laws can be made. the important thing: There are THOUSANDS of people like me out there with legal troubles, they may not be able to do anything about it. Everyone SPEAK UP!

Well, I bet the HOA did not "see that coming." I'm seeking a way to rent a satellite in outer space to beam this story to other galleries (partial sarcasm with smirk on face!) At least I'm not mad... if I was I'd really start promoting this story. 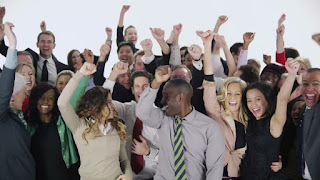 What steps can YOU take if your HOA is harassing you without cause or oversteps the bounds of what is considered reasonable? When all of your reasonable efforts have failed in trying to work with your HOA to solve your problems and the HOA abuse gets out of control consider doing the following:

Contact the Attorney General in your State and file your grievance

Post job ads for social media experts on Monster & Indeed or other job boards. Do not underestimate the power of Social Media! Pay a few dollars to teenagers with computers will get you lots of postings!

Link to HOA rights groups Do not be afraid to speak out! Tell the TRUTH

Post your story on Facebook & Yahoo/Google Groups forums Seek legal advise. Its out there you just have to look for it.

The ONE thing HOA's do not want to be is visible to the public. Bring your HOA to the light and tell everyone on your Facebook, Twitter and other social media what your HOA is up to.

What has your HOA done to you?

Post videos and slide shows about HOA abuse and the unfair things that they are doing to you.
Be sure to state "in my opinion" when speaking or writing about your individual case to avoid slander/liable charges.
So tell what they have done to you and your fellow neighbors. Let it be known on social media that your HOA's are unfair and need to be controlled with regulations and rules. Join the sweeping movement!